Mother-of-two Mary Jane Veloso escaped the firing squad that executed Australia’s Andrew Chan and Myuran Sukumaran.
Now, Indonesia’s President says his new Philippines counterpart has told him to “go ahead” with the execution… 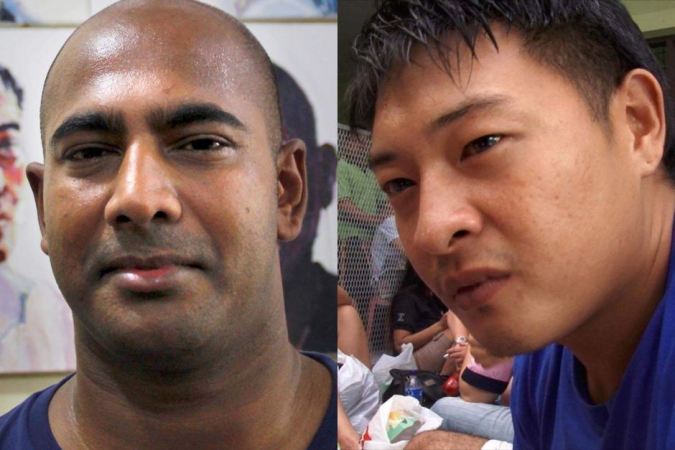 From Christie Buckingham, who Myuran Sukumaran’s chose to be his spiritual adviser, to accompany him in his final hours.

They prayed, sang, joked and talked until just after midnight, when the guards arrived to take them to the killing field.

As they were marched out of their cells, Andrew led the prisoners in a chorus of Amazing Grace. 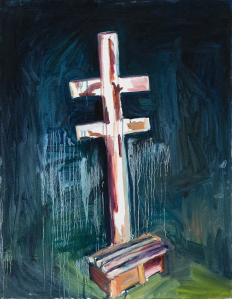 [Myuran] was chained to the pole on an angle slightly higher than her, so she stood on tippy toes and raised her arm high to block the line of sight so he could not see the lasers dotting his chest.

As she was walking off, Andrew called to her.

“I rushed to Andrew and put my hand on his heart, and I said, ‘Bless you, Andrew, I love you and I’ll see you on the other side’, and he said, ‘I love you, too, Mrs B. Keep being God’s woman’, which is what he’d always said to me. That moment will stay with me forever.”

“I said to them, ‘Keep singing’, so Andrew started to sing again and as I walked off to the side of the field where the other witnesses were, the guard put up a plastic sheet to block our view and they fired.

Their supporters continue the campaign against Indonesia’s death penalty.

News Limited journalist Cindy Wockner covered their story from the beginning right through to their brutal end.

She promised the pair to write their story so their deaths would not be in vain.

Cindy spoke to Cathy Van Extel about what the two men were really like, how they changed and their fight against the death penalty.

Includes details of the amazing achievements of Andrew Chan and Myuran Sukumaran within Kerobakan prison, Bali prior to their brutal death ordered by the Indonesian president Joko Widodo. [pembunuh berantai]

The exhibition of Myuran Sukumaran paintings mentioned in the video I posted yesterday moved from Sydney to Canberra at the beginning of March. On Saturday I saw it for myself. It closes on the 29th April but will reopen at the Bendigo Art Gallery in Victoria from 7th July to 16th September 2018.

It was the most emotionally challenging exhibition I’ve experienced. Even Gloria, who isn’t generally interested in art exhibitions was deeply affected.

The exhibition started with a large portrait of Sukumaran, displayed at the bottom of stairs leading up to the exhibition rooms. The painting was very reminiscent of Ben Quilty’s style, and after leaving the gallery I started to wonder whether it had actually been by Quilty – I couldn’t remember reading the attribution beside the painting, however, I’m now confident that it was one of Sukumaran’s.

The rest of the paintings were split between two rooms.

Within the first exhibition room, the first paintings are a series depicting the “Bali Nine”, very recognisable portraits of Sukumaran, Andrew Chan, and the other seven who were arrested with them and imprisoned for drug trafficking in April 2005.

On the opposite wall were a similar series of paintings (I now wonder whether there were nine of those too – I didn’t think to count) of political figures associated with the case, firstly Indonesian president Joko Widodo, the man who ensured Sukumaran and Chan were shot, followed by others including portraits of Tony Abbott (then Australian PM) Julie Bishop (Foreign Minister) and former Prime Ministers Kevin Rudd and Julia Gillard.

This is the Sukumaran’s last painting. It was displayed suspended from the ceiling, about 45cms away from the wall allowing the back of the board to be seen.

The back of the board has messages written by all of those who were scheduled to be executed along with Sukumaran and Chan. The messages include one from Mary Jane Veloso, from the Philippines, who was given a last minute reprieve. Her fight to avoid execution continues three years later.

The second room had family portraits and a wall of paintings from Sukumaran’s final 72 hours.

He made the most of that time, with some of his most emotionally raw and revealing work, as he tried to get as much on canvas as was possible while he could, knowing he had only hours to live.

The part of the exhibition that I consider to be a very moving conclusion was set up in an alcove-like area of the second room. Two large TV screens faced each other from opposite walls. On one it appeared to have a large still image of Andrew Chan facing the camera, eyes obscured by dark glasses. However tiny head movements revealed it was a close up video with Chan staring into the camera.

On the other screen, there was a similar image of Sukumaran staring back towards Chan, with an occasional blink “spoiling” the apparent stillness before finally. breaking into a smile.

This video installation emphasises what was lost with the unnecessary (and foolishly cruel) decision to  kill the two men; two men who were NOT the same people they had been when arrested and condemned to die ten years before.

Sukumaran, Chan and six others were bound, by the elbows, to a cross like this. To each of them were allocated twelve marksmen, training their sights upon the heart of their designated victims, most of whom sang hymns until their voices were silenced by the fatal shots.

Myu’s last words were ‘Jesus, I trust in you’

(Christie Buckingham , Sukumaran’s chosen spiritual adviser who accompanied him to, and witnessed, his execution)

Myuran Sukumaran and some of his contribution to prison life prior to his execution.