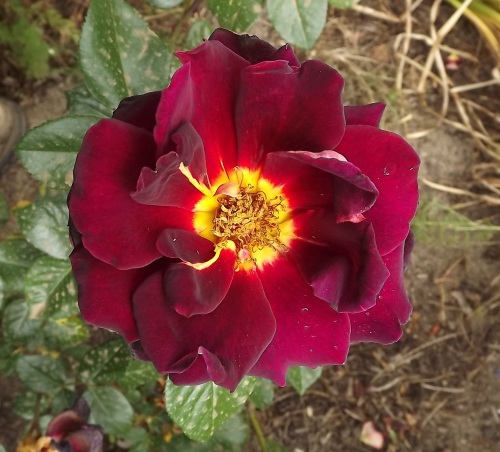 An unusual colouring in these California poppies. 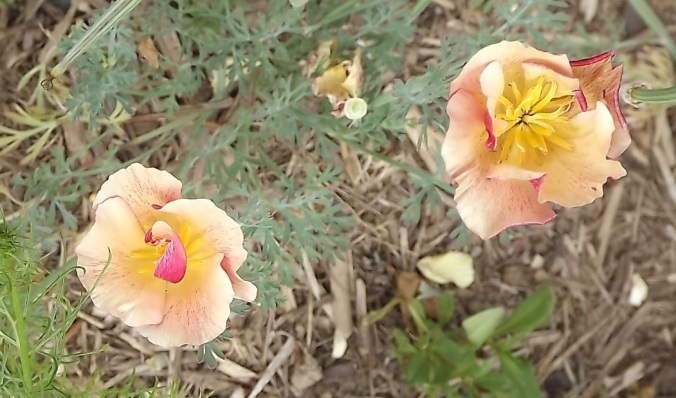 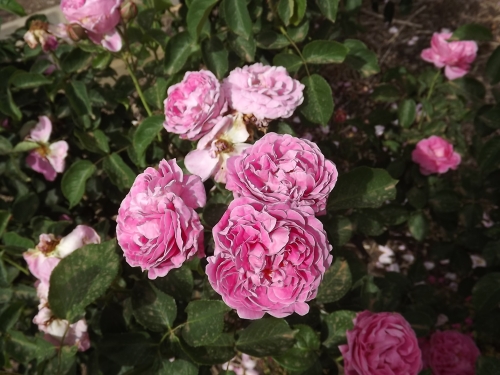 This plant is the oldest we have of its type. Originally we had it growing in a pot when we lived in Sydney, but it never flowered. After moving to our current home in the country, we transplanted it into the garden and now it does very well at this time of year.

Since then we’ve planted a few more that aren’t yet as vigorous, including pink and red varieties. It seems like it takes them around two years after planting to start flowering.

The pink plant in the bottom right corner is self-seeded. A neighbour gave us a cutting of a lighter pink version, but after a couple of years this darker variety appeared. I don’t know what it’s called.

It’s a plant that needs to be managed, having a tendency to spread bountifully around the garden if left to its own devices. 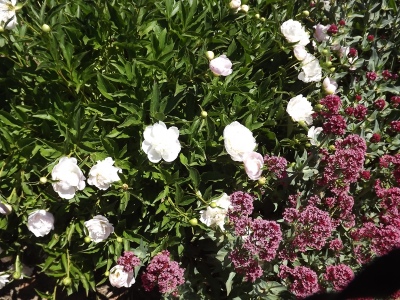 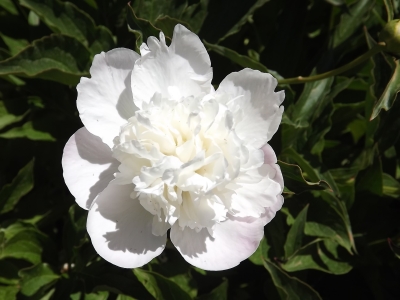 One of my favourite roses, the very simply structured Altissimo climbing rose.

Sadly this one is mostly obscured now by our garden shed and can’t be seen from the house, or from most of the garden. 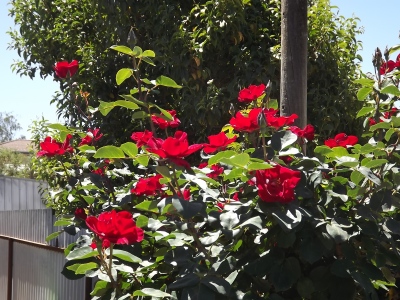 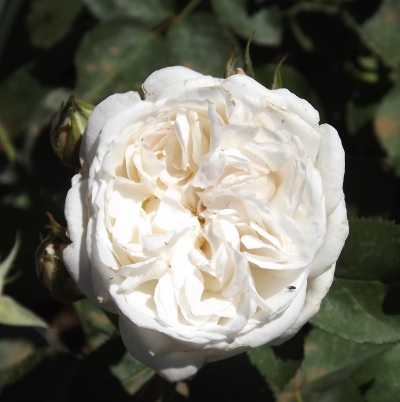 A David Austin rose – ether Winchester Cathedral or Glamis Castle. We had both varieties but lost one of them. I don’t recall which survived and which didn’t.

A ‘carpet’ of thyme, a low growing variety of the herb that I like to use as a ground cover. 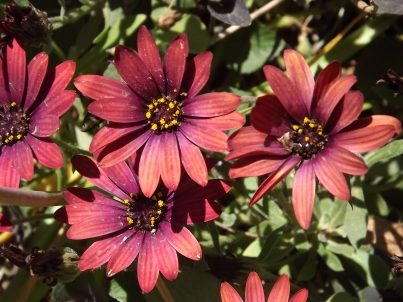 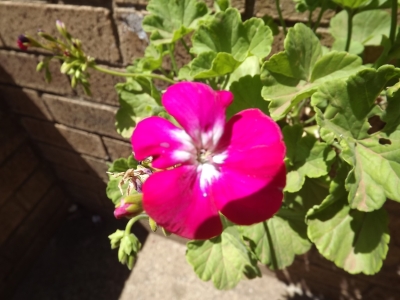 A geranium grown from a cutting we were given by Gloria’s aunt a few years ago. 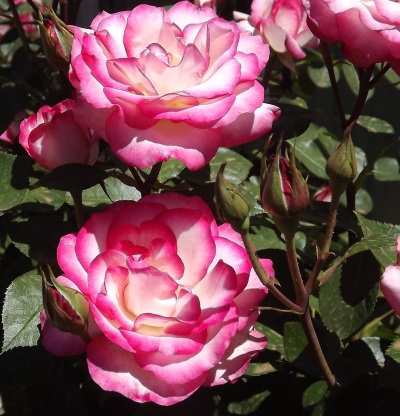 This is standard rose, but I Can’t remember the name of it. At the moment it’s perhaps the best it’s ever been. 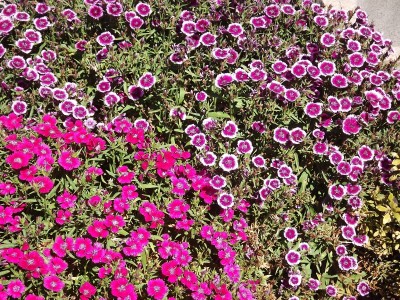 Dianthus are one of the most reliable flowering plants in our garden, coming back year after year in early spring and surviving through to the end of autumn. 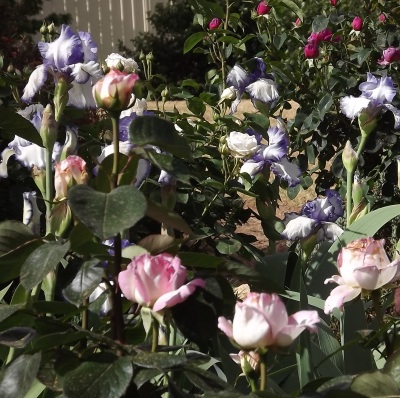 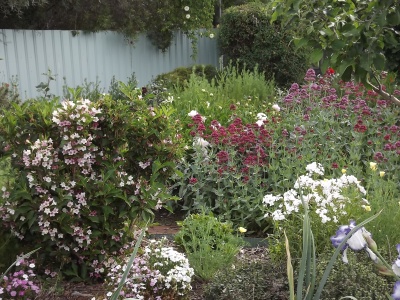 After post winter temperatures rose into the mid 20s (C) again for several days, a cold change turned things around and nearby areas had snow. Then there were the winds and dust storms.

One of the victims of the wind was our Grevillea bush.
A self sown plant that arrived soon after we moved into the house, it had grown to about 2 metres high and wide, flowering from the end of winter through spring, and providing morning and evening meals for visiting honey eaters: mostly Red Wattle birds.

Gloria found it sprawled across the path way between our front garden and the house, not long after I’d left for work, and set about cutting it up. It took two or three days to remove all of it, disposing of the remains in our green-waste bin, to be taken away and composted by the local council.

It’s taken the bird population a couple of weeks to realise it’s gone for ever, and they’ve now stopped making their puzzled observations from the vantage point of the house guttering.

While one abundant supply of nectar has been lost, we have some smaller Grevillia’s in a nearby garden that have recently come into flower, and the birds are frequently seen and heard flapping among them.

From our spring garden. 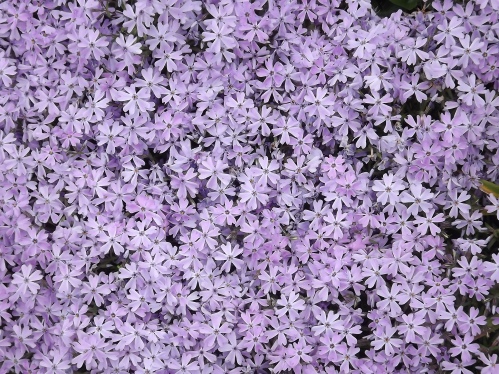 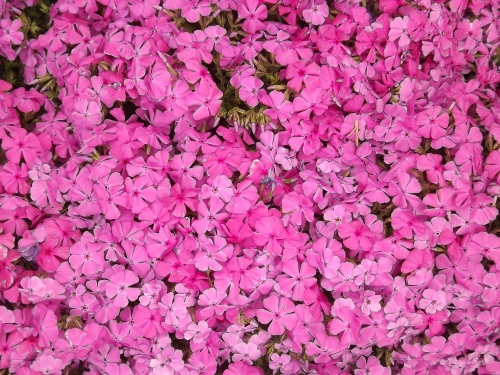 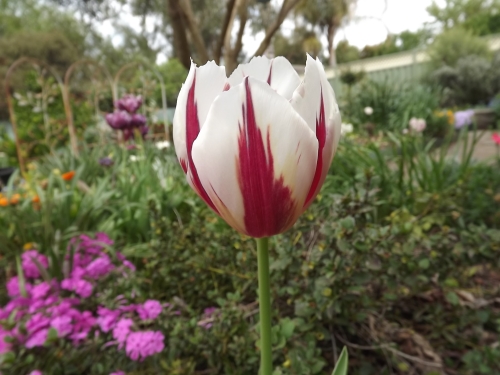