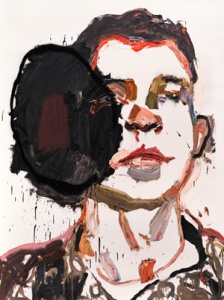 I recently visited the Australian War Memorial in Canberra to see Ben Quilty’s After Afghanistan exhibition.
I’d previously seen photos of the paintings as well as videos of him painting some of them. I had also been to the War Memorial a few months ago to see one of the series in the Afghanistan display.

Despite that familiarity, actually seeing those paintings displayed together was even better than I expected. The photos and videos were far less powerful than the paintings in person. Seeing the texture, the colour and having the ability to view them from various distances is essential to appreciating what the images convey: the lingering effect the Afghanistan experience has had on those who were stationed there.

An unexpected bonus of the visit was found in a small room at the centre of the exhibition where a collection of simple marble sculptures, displayed on plinths, commemorated the Australian servicemen who lost their lives in Afghanistan. 41 folded flags shaped out of marble have been sculpted to commemorate each of the Australian casualties of the war.

The sculptures were so realistic that to even a very close look the flags appeared to be fabric. only a light tap with my exhibition program convinced me that they were made of stone.

While sculptor Alex Seton was setting up the first exhibition of this work in Brisbane there were 23 flags representing what was then 23 deaths, but even before that exhibition opened there was news of a 24th death – so an empty plinth was set up as a temporary completion of what was an already outdated tribute. It has since required that the number of flags be almost doubled. 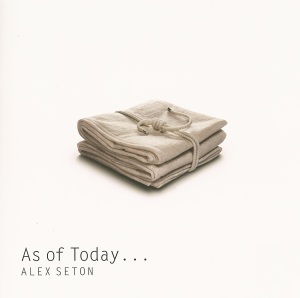