What can I say about the imminent deaths of two former drug smugglers who have cleary turned their lives around since they were sentenced years ago?

Pastor Andrew Chan is one of two Australians whose execution in Indonesia is imminent. About 10 years ago Chan was found guilty of helping organise the export of heroin from Indonesia to Australia. He was found to be the leader of a group afterwards known as the Bali 9, who were picked up at the airport as they were about to board a plane to Australia, They all had significant amounts of heroin bound to their bodies.

Chan and a co-organiser Myuran Sukamaran were given the death penalty while the others had lengthy prison sentences.

Since that time Chan became a follower of Jesus and trained to be a Pastor to fellow inmates within the jail. Sukamaran turned to art and has been studying for a fine arts degree through an Australian university. Within the jail he has run art classes for current and former inmates.

There is absolutely no doubt that both men have turned their lives around and have become valuable assets to the jail that has been their home for a decade, helping to change the lives of other inmates just as they turned their own lives around.

But recently Indonesia changed its President and he’s been trying to show his authority by coming down hard on those found guilty of drug crimes – irrespective of any demonstrated rehabilitation.
Now after ten years, the new President has demanded that the 10 year old death sentences be carried out. It seems that will happen some time this week.

For more details of the current situation see the following: 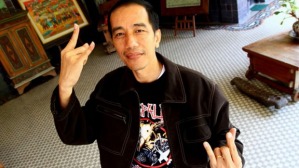 The Indonesian President, who demands the death of these men.

23 thoughts on “Their Murder Seems Imminent”